The current instability in the global financial climate (due to such varied factors as the American election, the ongoing crisis in the Middle East and Brexit) has had knock-on effects on pretty much every sector, and cosmetic surgery is no exception. Last year saw a fall of almost 40 percent in cosmetic procedures, bringing the industry to almost its lowest point in ten years. This followed hot on the heels of 2015’s record-breaking high, leading former British Association Of Aesthetic Plastic Surgeons to speculate that fiscal conservatism has led people to opt for the smaller financial commitments of non-surgical procedures, such as chemical peels and microdermabrasion, rather than the longer-term financial outlay of more invasive and permanent alterations. It is worth looking at current trends in cosmetic surgery procedures. 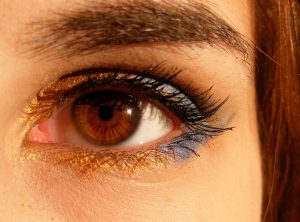 This theory seems to be borne out by the fact that the operations whose popularity has remained largely unchanged, like abdominoplasty and otoplasty, tend to be the ones with no real non-surgical equivalent, suggesting the demand for cosmetic procedures is still strong. This, of course, offers a light at the end of the tunnel for the cosmetic surgery industry, as it seems likely that once the economy stabilises it will be back to business as usual.

One big winner was male abdominoplasty, with 172 men in the UK opting for a tummy tuck, for a rise of 47 percent. More popular among men was rhinoplasty, with even a 35 percent fall in popularity from the previous year resulting in 529 men choosing a nose job.

Among women, breast enlargement remained the most popular procedure, even after suffering a fall of 20 percent since 2015, accounting for 7,732 operations. Brow-lifts came out worst of all, with a drop of 71 percent. Facial injectables and similar non-invasive procedures continued to rise steadily.

Current BAAPS president Simon Withey was, however, cautiously optimistic about the fall in the sector, and put forward the idea that patients are merely being more cautious about rushing into what is a very long-term and life-changing commitment which, he said, “can only be a good thing”.

If you would like more information on any other aesthetic plastic or cosmetic surgery please contact me via my website here  or via the links below.

Dr Celin has been practicing since 1982 and is well respected in the medical profession as well as by his existing and past patients.

Dr Celin has always been polite, gentle and an incredibly calming gentleman despite my needle phobia. I’ve used Dr Celin for 3 different procedures, all with outstanding results. I couldn’t be happier with his work.

I and two female friends in London had upper and lower eye lifts (blepharoplasty)  over the last ten years. The results were excellent, and subtle, friends said ‘you look younger, good, etc. The pre and post op treatment and care were excellent, and I would highly recommend him. He also does excellent botox and filler treatments.   I have always found him incredibly courteous and pleasant.

Dr John Celin MD has been my cosmetic surgeon for many years. I have had a face lift, upper lip laser, chin implant and botox from him. He is fair with his prices, curteous and professional at all times. He puts you at ease and gently talks you through the whole procedure. I would recommend him to anyone (especially the nervous). I am about to see him again after a break of a few years.